back to search results

Milpitas Police investigate the remains of from a fatal accident, which occurred at 6:50 AM on Aug. 3, 2012, at the Jacklin Blvd. and Hamilton Ave. intersection, across from Nob Hill Foods...The driver of the Mitsubishi Galant was transported to San Jose Regional Medical Center, where he was pronounced dead, according to Milpitas Police Department Sgt. Gene Smith. The driver of the Volvo XC90 did not require medical attention, he added. ..The victim's name and age has not been released. Police would not speculate on the cause of the accident. The coupe's driver side door was completely crushed, and had been pushed into a tree after the impact. Photo by Stan Olszewski/SOSKIphoto. 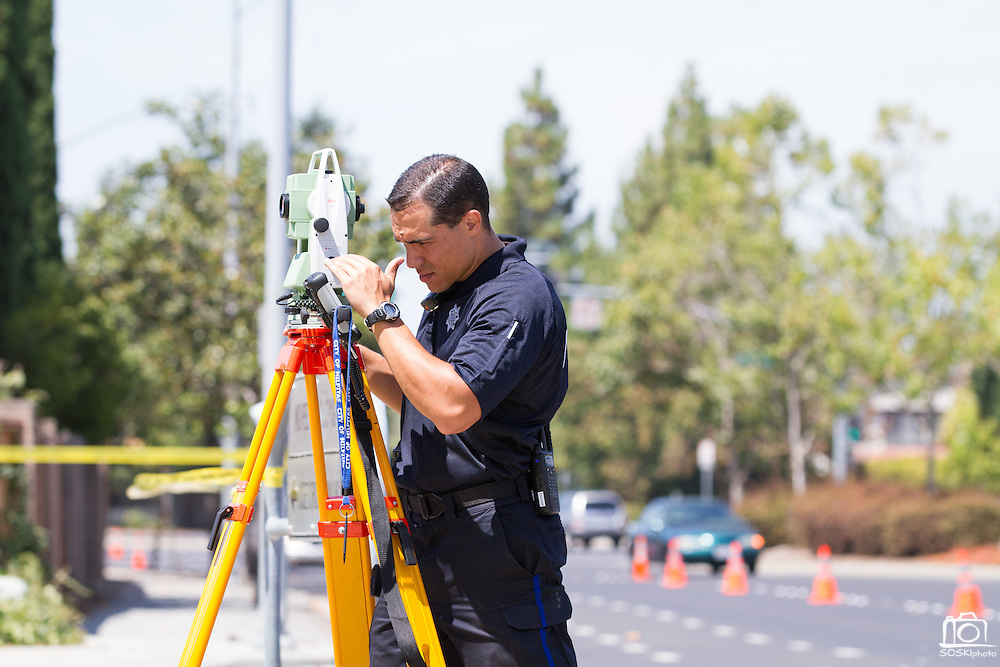